A category of classification lower than a genus or subgenus and above a subspecies or variety. A group of animals or plants that possess in common one or more characteristics that distinguish them from other similar groups, and do or may interbreed and reproduce their characteristics in their offspring, exhibiting between each other only minor differences bridged over by intermediate forms and differences ascribable to age, sex, polymorphism, individual peculiarity or accident, or to selective breeding. A distinct kind of animal or plant.

In daylilies, the species are native to eastern Asia. These are dayliles found growing “in the wild” in the locations in which they originated.

The species represent a unique breeding population in the wild, with some diversity of height, color and bud count being present. When two members of the same species cross pollinate the resulting seedlings are still considered to be of that species and are not new hybrids. Selected clones may be singled out and reproduced vegatatively as well. 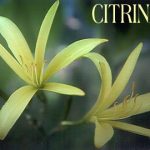 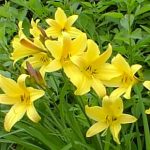