A form of sculpting that refers to daylily flowers with appendages of extra petal tissue growing from the midrib or elsewhere on the surface of the petals. Cristation can occur on single and double daylilies, but a cristate single daylily is not classified as a double.

Cristate is a botanical term that has been described as: “crested; bearing any elevated appendage on its surface”, from Gray, Asa. Introduction to Structural and Systematic Botany and Vegetable Physiology. Ivison, Blakeman, Taylor, 1857. 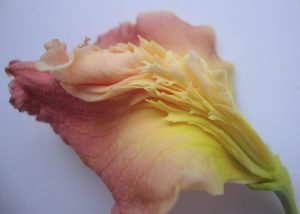 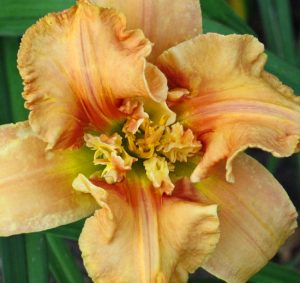 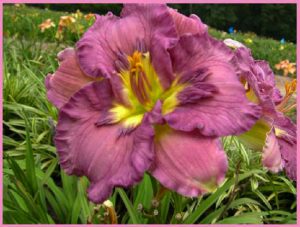 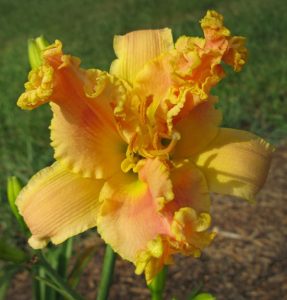 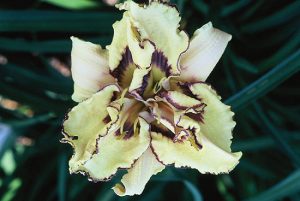 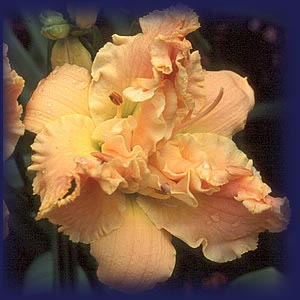