Although daylily flowers can exhibit a variety of different color features, the term pattern is reserved for a design that goes beyond the basic markings.

A patterned daylily is one that exhibits different colors or variations in hue, value, or saturation in such a way that a design is created. The definition includes, but is not limited to, regular repeating patterns (e.g. flowers exhibiting concentric rings or feathering of color within the eyezone or elsewhere), or irregular random patterns (e.g. flowers exhibiting stippling or variegation such as streaks, spots, patches or stripes).

A pattern must go beyond a solid eye, band, halo, or simple watermark, and the presence of a picotee edge does not make any of these, or an otherwise plain base, into a pattern. Selfs, simple bitones, and simple bicolors are excluded, as are changes in the shape of a solid eyezone color, such as a simple chevron. Simple appliqué throats or contrasting midribs alone are not a pattern, and nor are single-colored throats regardless of how far the color is extended outwards onto the segments.

This definition is intentionally left somewhat open to allow for the inclusion of new variations that may arise in the future.

The AHS annually presents the R. W. Munson Award for the best patterned cultivar as voted on by AHS Garden Judges. 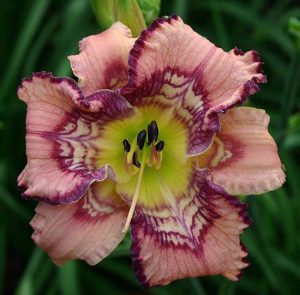 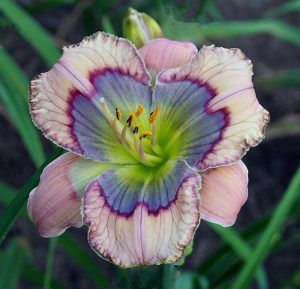 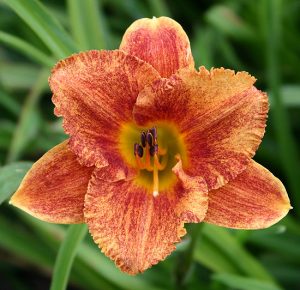 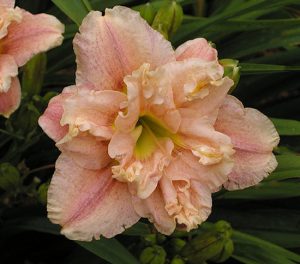 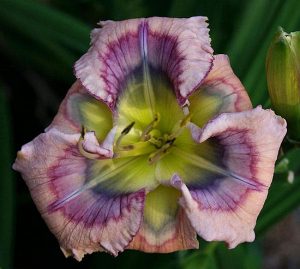 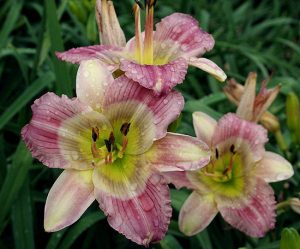 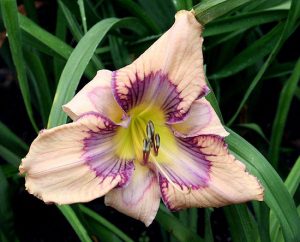 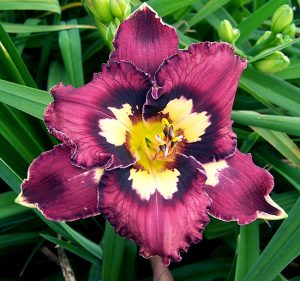 Maryott seedling showing an applique within the patterned eyezone.  Photo by Bill Maryott. Used with permission