A term used to describe three-dimensional structural features involving or emanating from the throat, midrib or elsewhere on the petal surfaces. Sculpted forms belong to one of three different groups: Pleated, Cristate and Relief.

Pleated:
Petals that have a deep longitudinal crease on each side of the midrib. These creases cause folding of the petal upon itself creating a raised platform extending from the top of the perianth tube and ending between the throat and the petal tip. 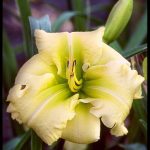 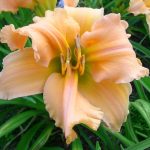 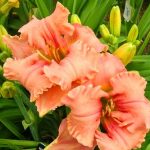 Cristate:
A term that refers to daylily flowers with appendages of extra tissue growing from the midrib or elsewhere on the surface of the petals. Cristation can occur on single and double daylilies, but a cristate single daylily is not classified as a double. 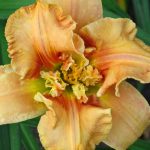 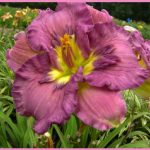 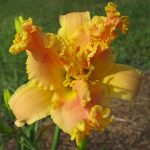 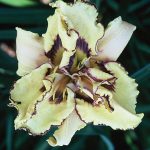 Relief:
The relief forms are characterized by vertically raised ridges that extend from the throat and project from the petal surface. The ridges may grow parallel to the veins, or they may radiate outwards from each side of the midrib. 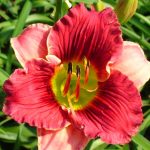 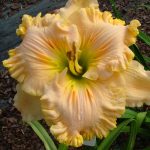 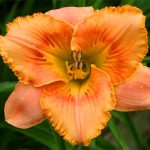 Photo by Tim Fehr, used with permission. Cultivar: ‘The Butler Did It’ (Kinnebrew-J., 2007)