Annual award for the most outstanding unusual form. This award, a bronze medal, was established by the Board of Directors to stimulate interest in and to foster the development of a class of daylilies whose length to width ratio puts them outside the Spider class of daylilies and to honor the memories of two hybridizers who were pioneers in this area: John Lambert in diploids, and Richard Webster in tetraploids. Voted by Garden Judges. 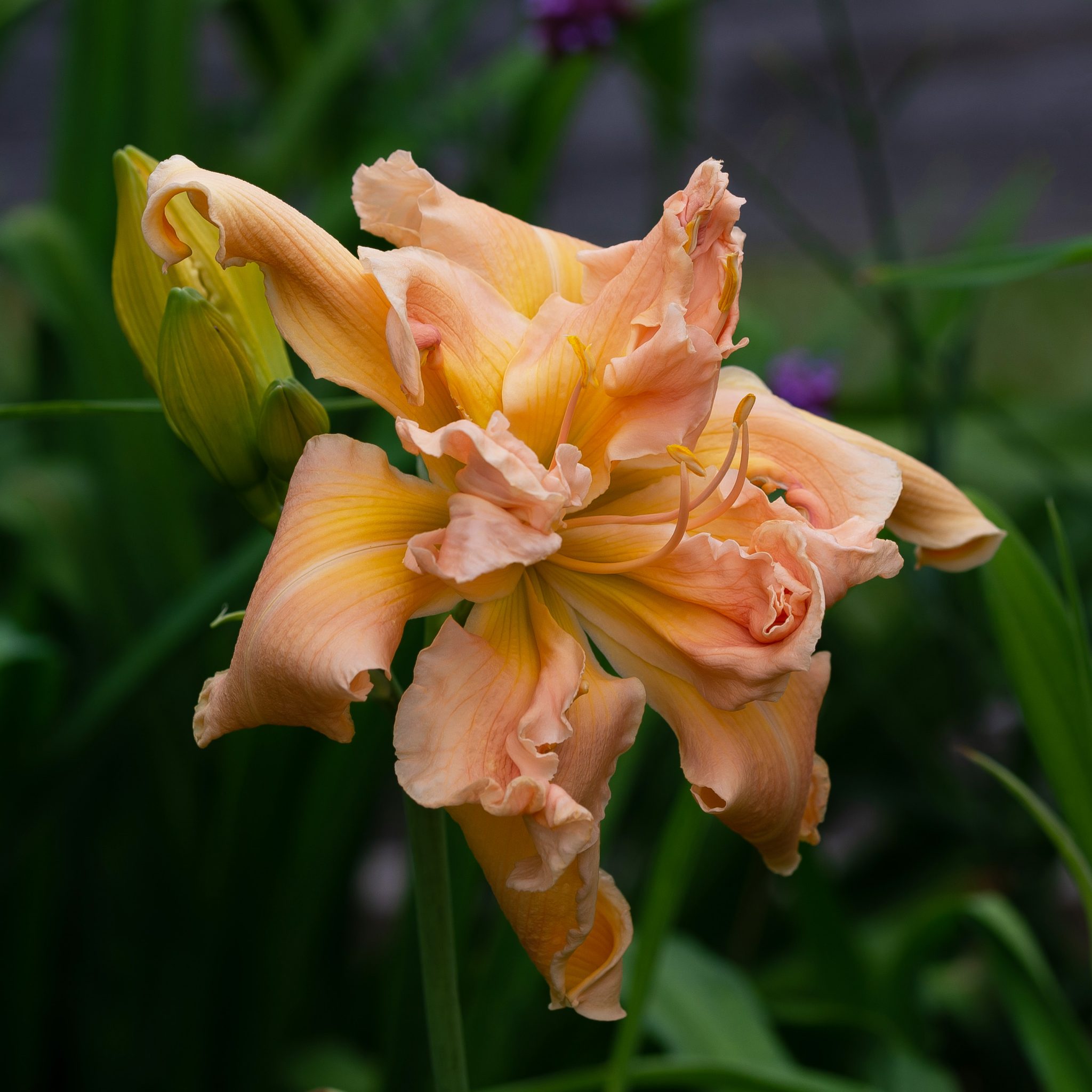 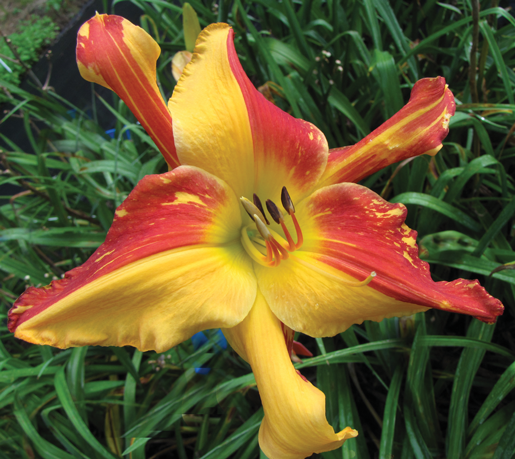 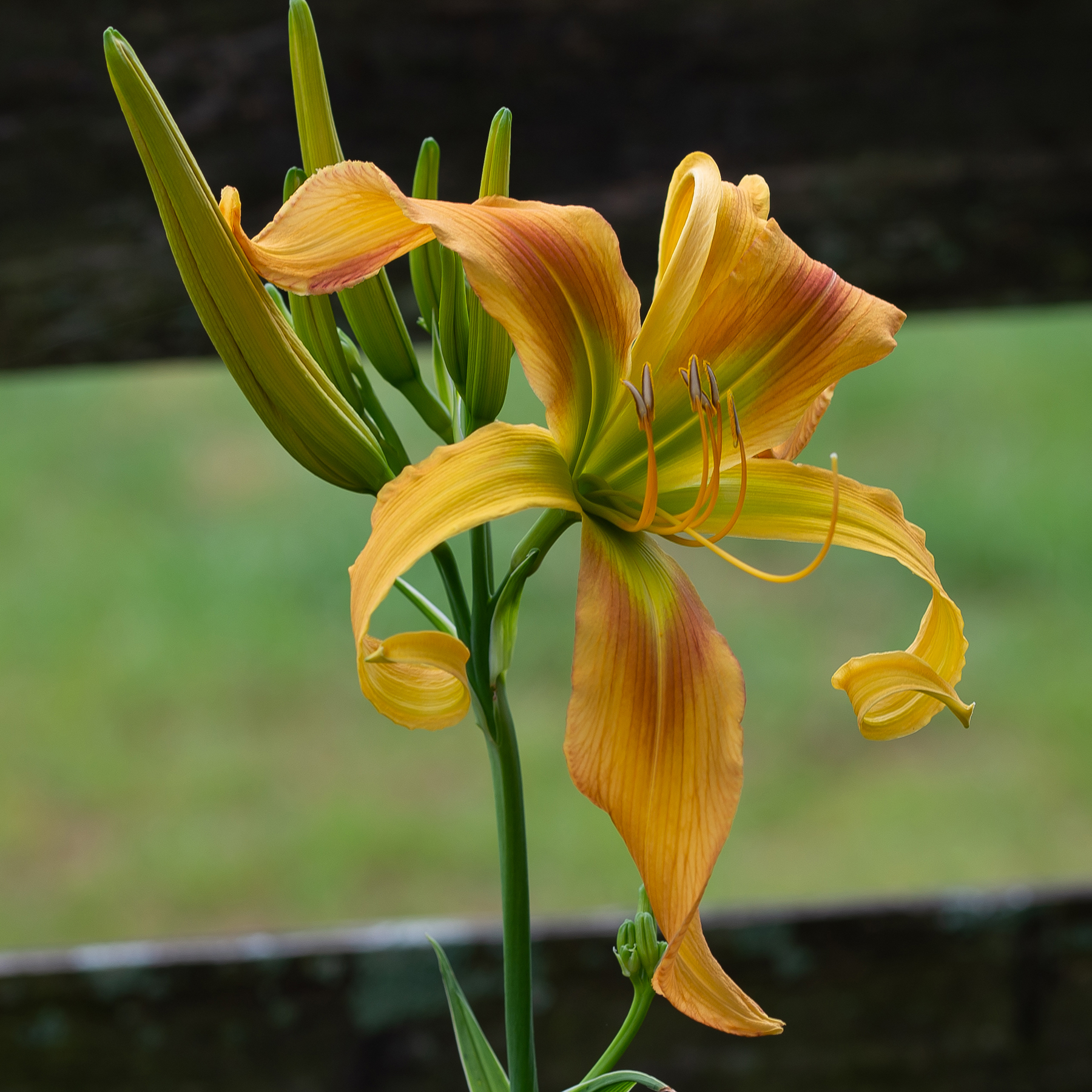 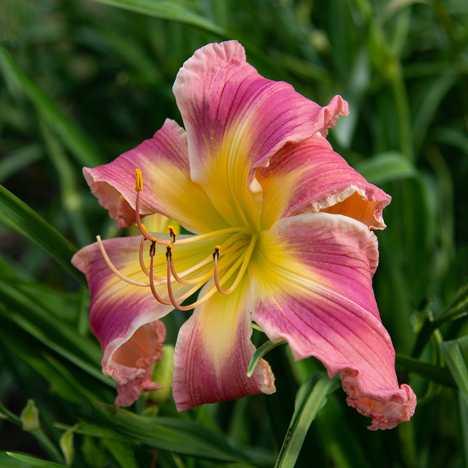 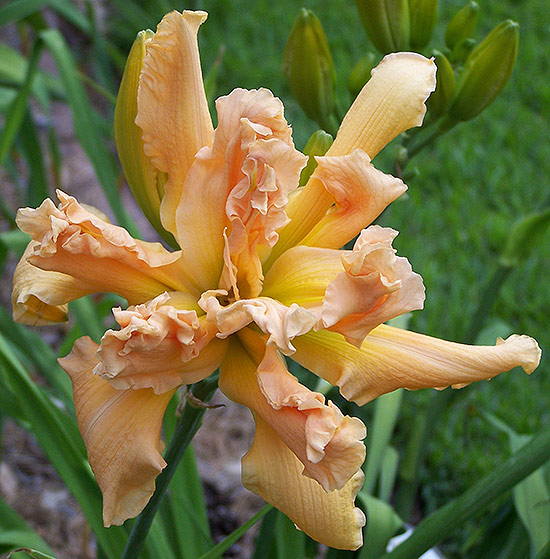 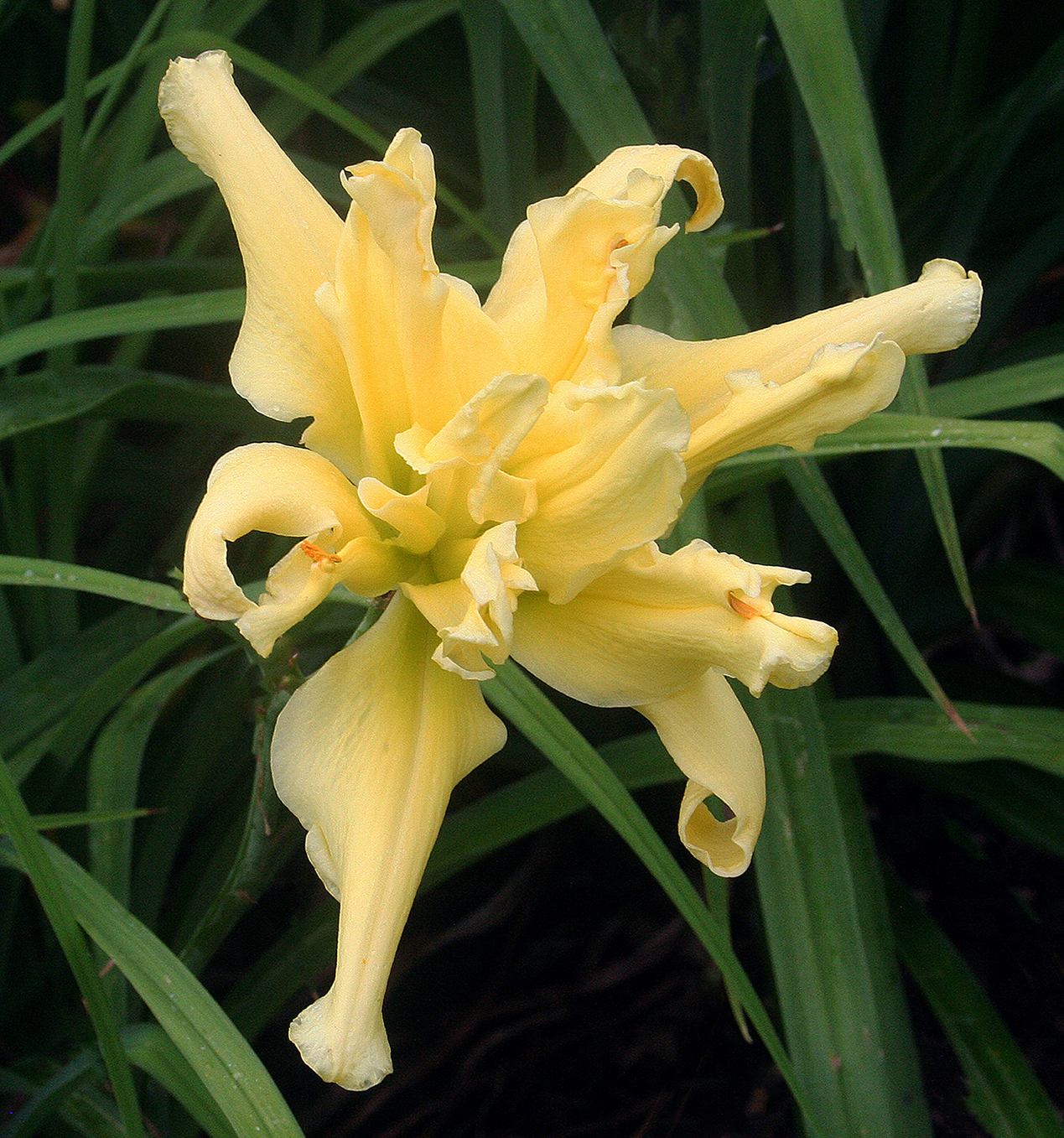 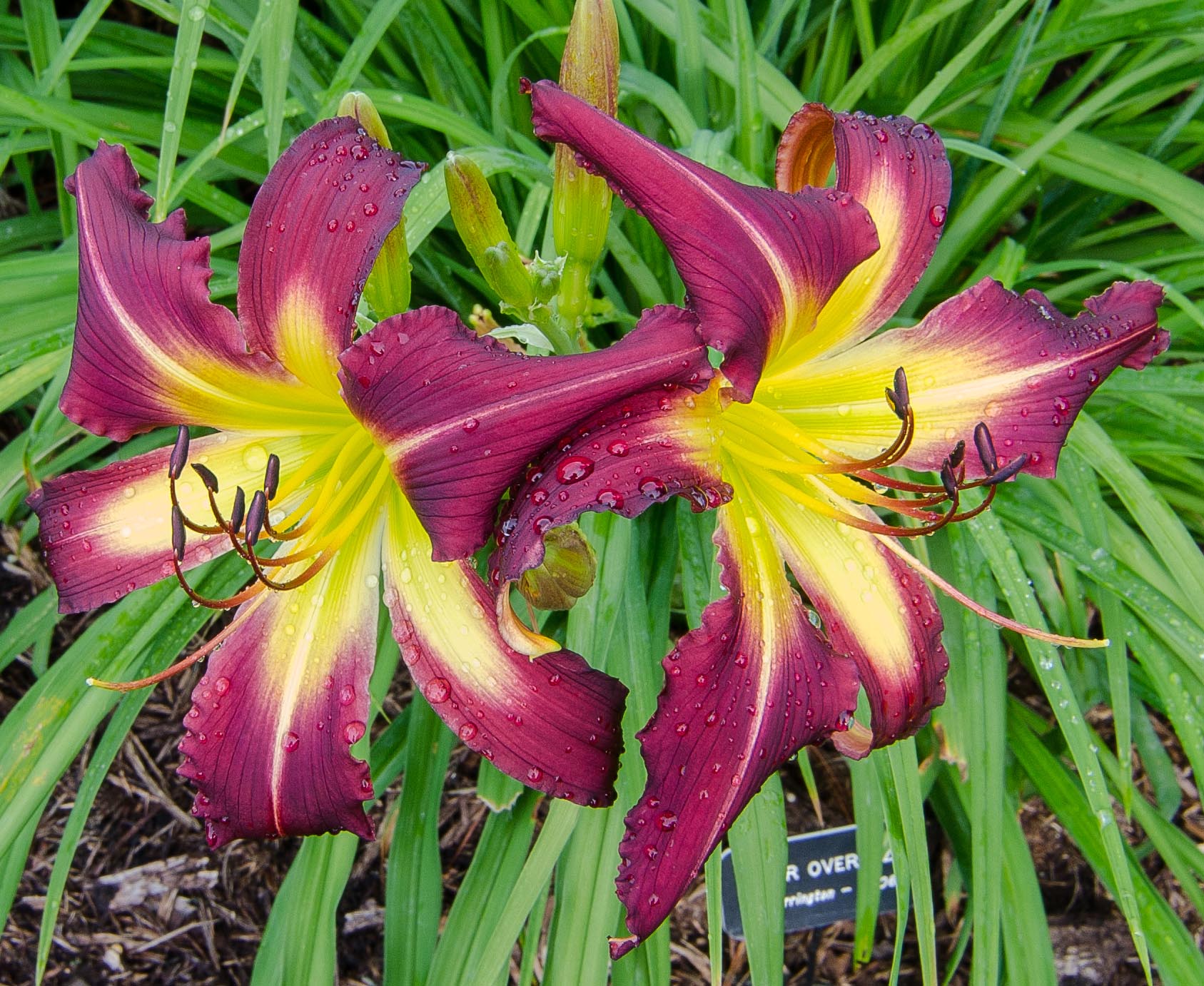 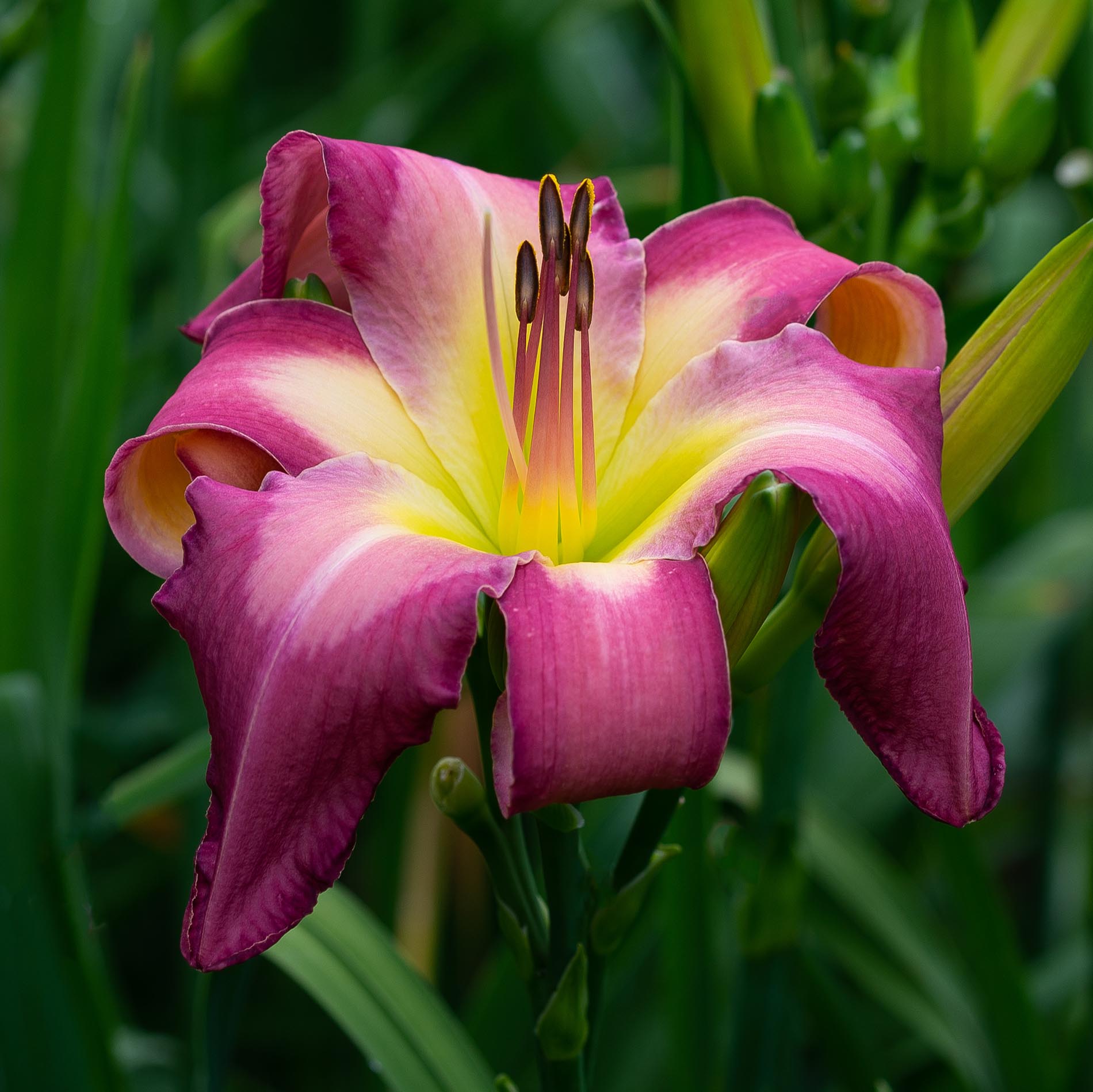 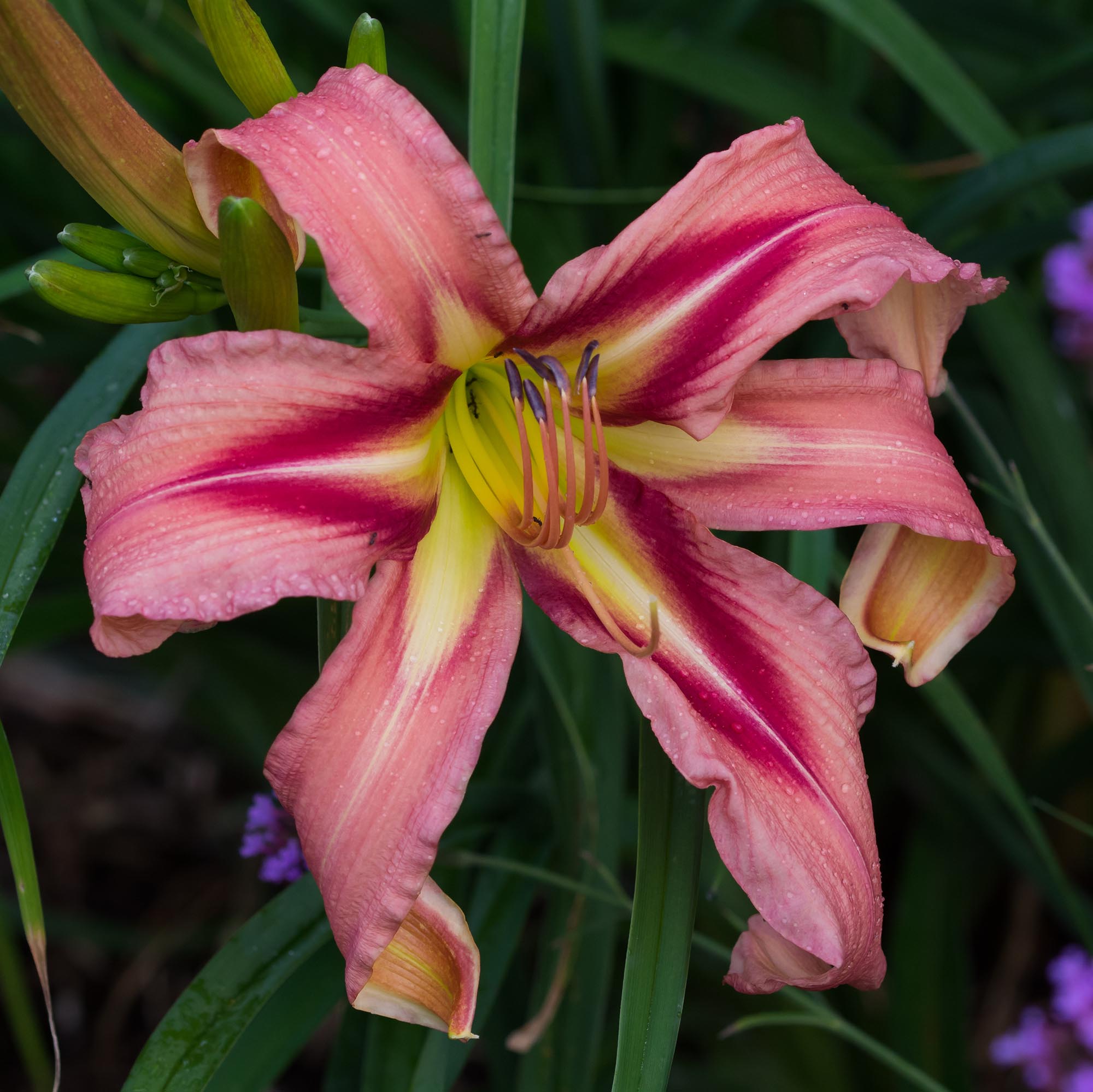 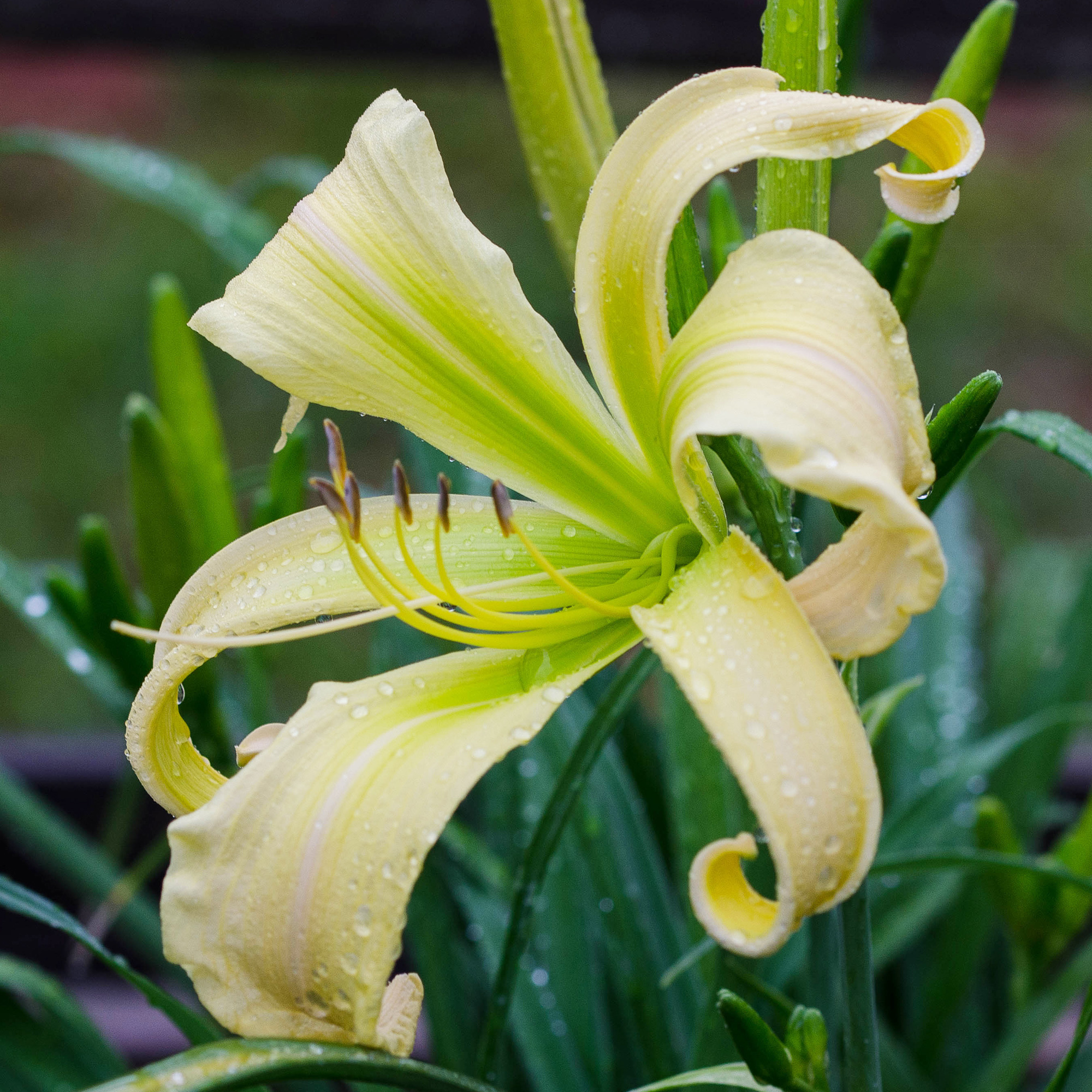 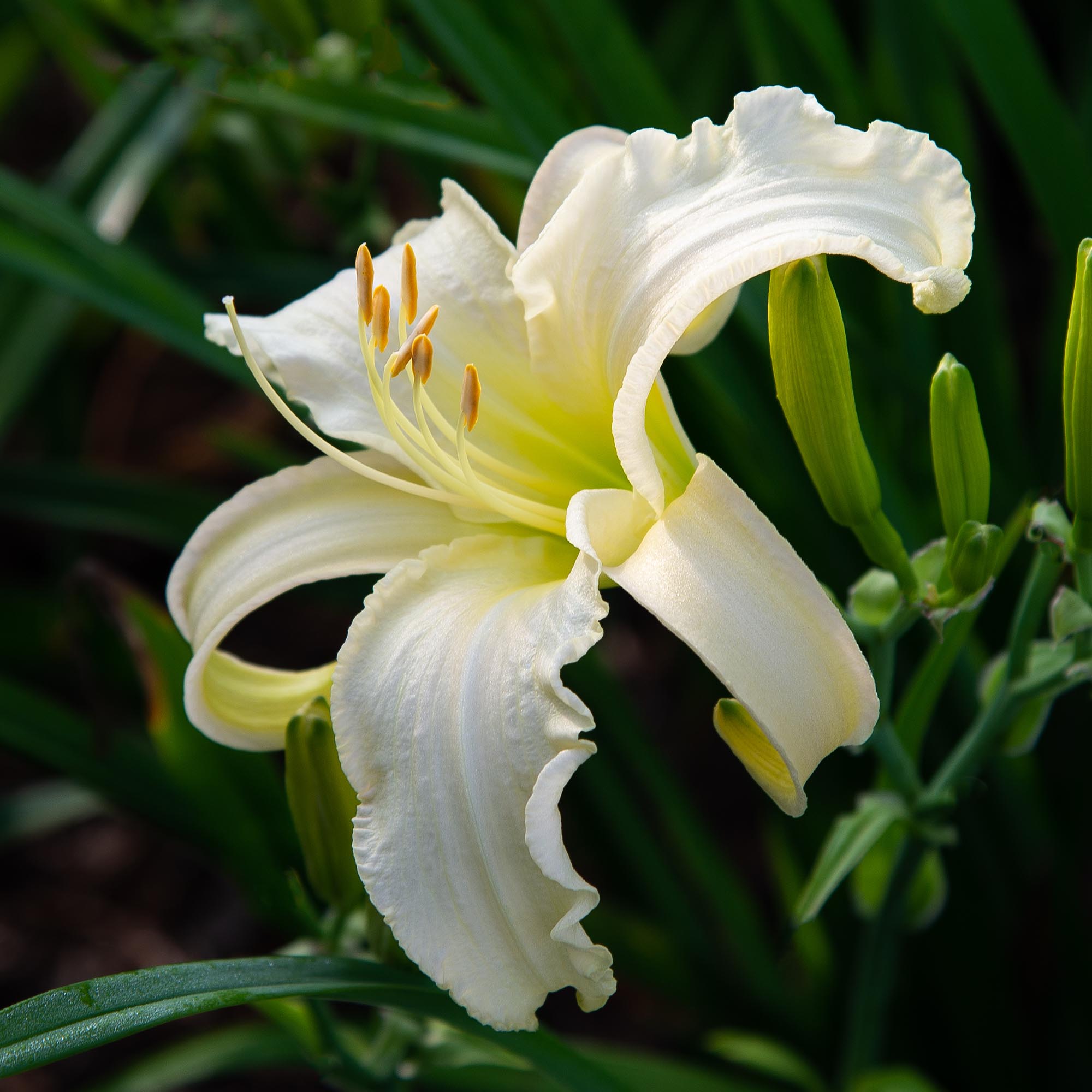 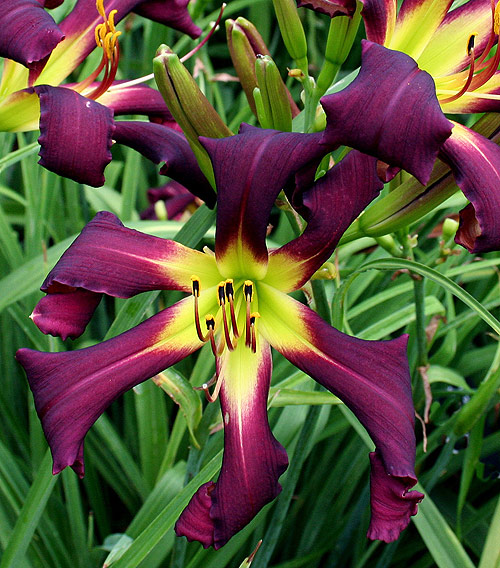 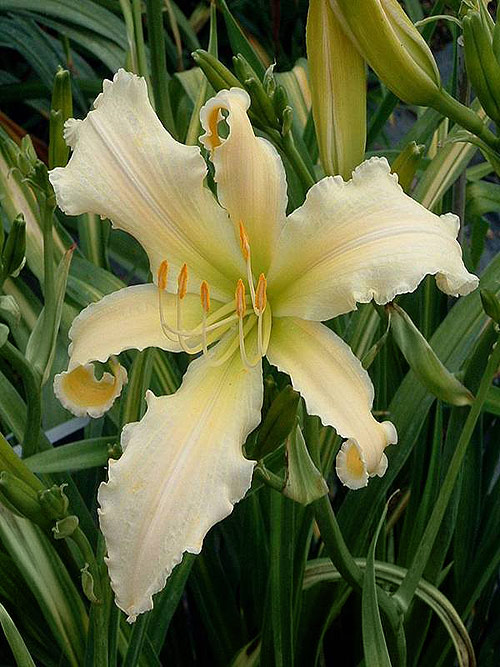 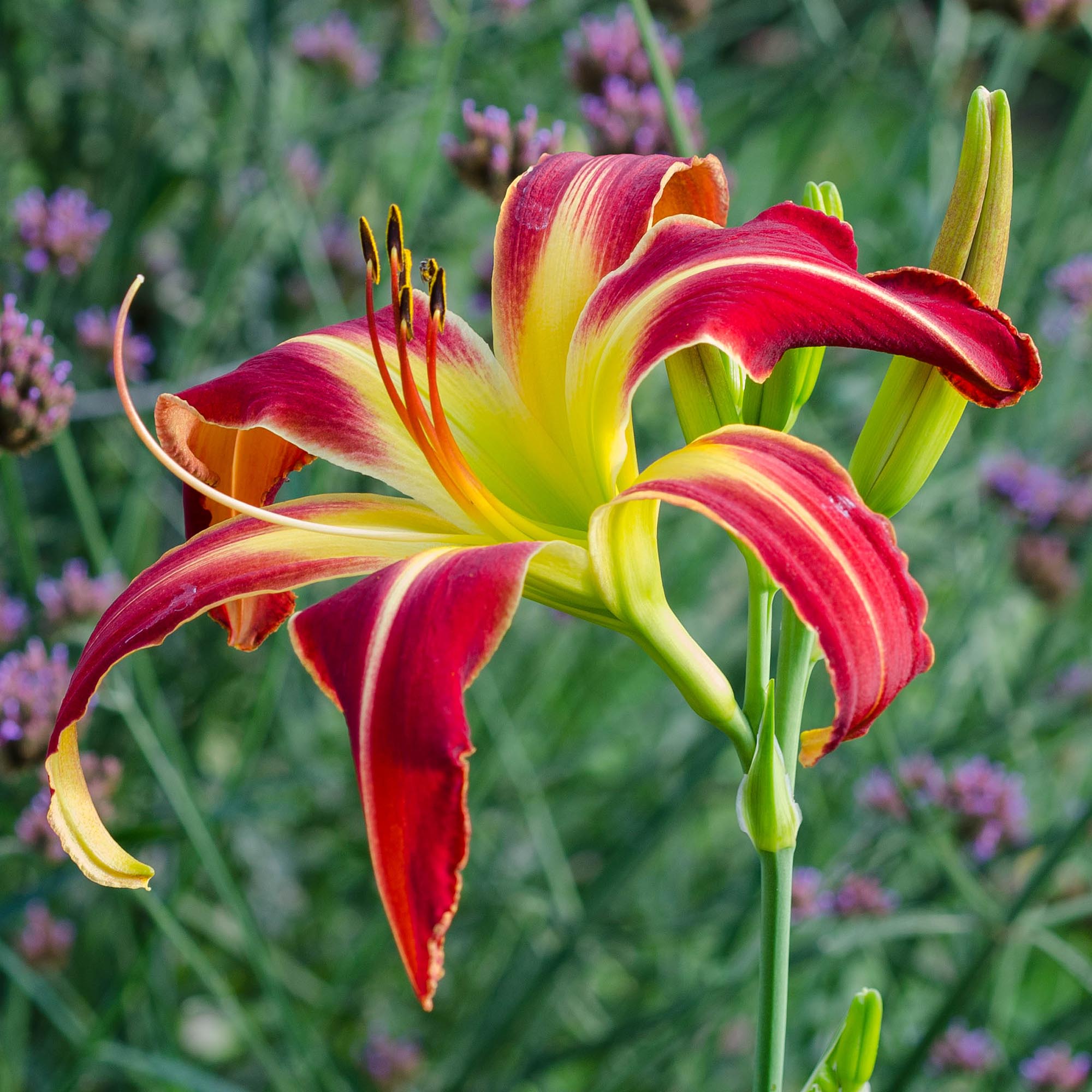 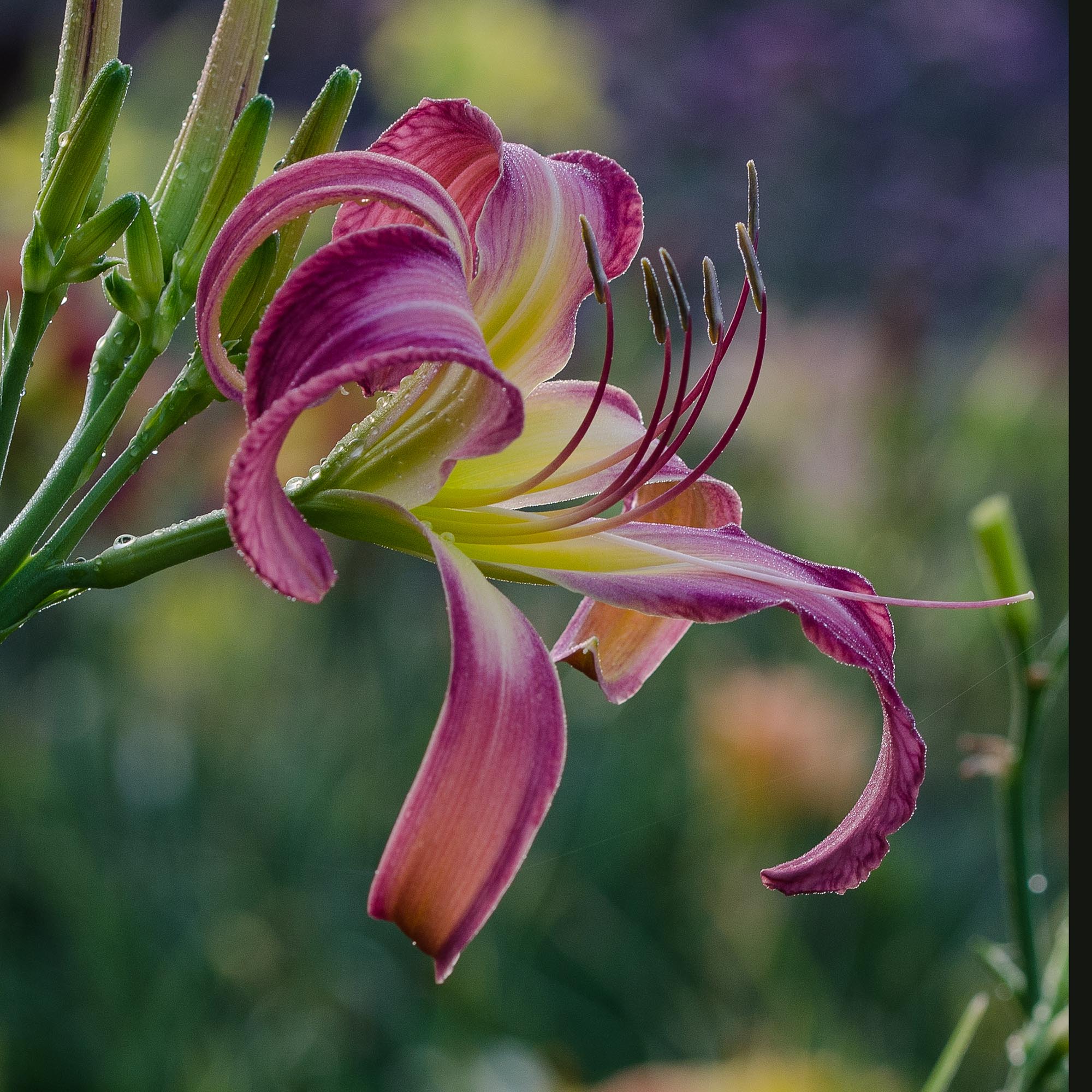 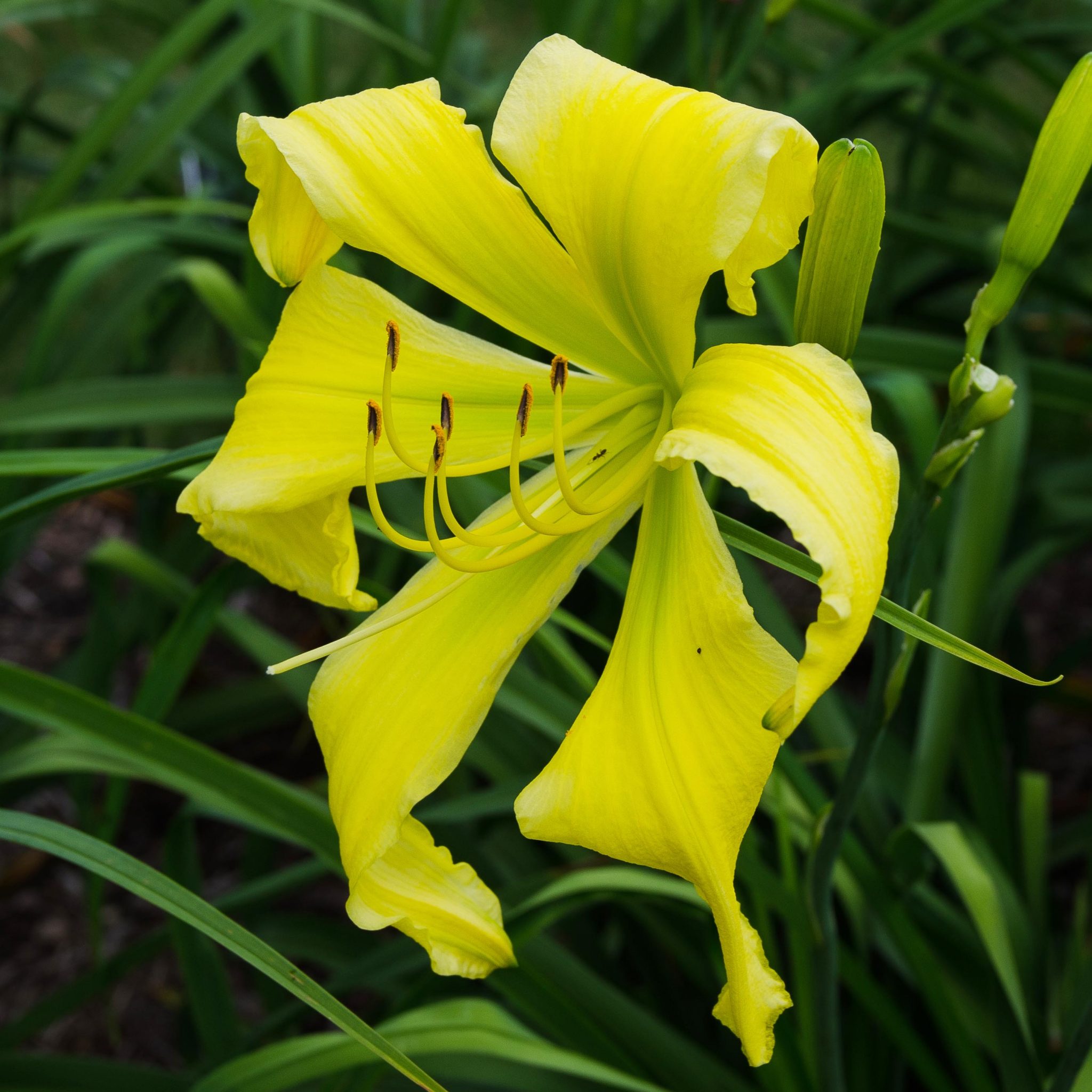 This award, a bronze medal, was established to stimulate interest in and to foster the development of a class of daylilies whose length to width ratio puts them outside the Spider or Spider Variant class of daylilies and to honor the memories of two hybridizers who were pioneers in this area: John Lambert in diploids, and Richard Webster in tetraploids. Eligible cultivars must be registered in the Unusual Form class and are defined by the following specific forms: Crispate (pinched, twisted or quilled floral segments); Cascading (narrow curling or cascading segments); and Spatulate (segments markedly wider at the ends). The award is given annually based on votes by Garden Judges.

Dr. John Ralph Lambert was born on October 19, 1916, in New Windsor, Maryland. He died on July 14, 1994, in Raleigh, North Carolina. He and his wife Dorothy had grown up together, married, and both became teachers. He served in the Navy in 1942-44 at a base in San Bruno, California, then received his bachelor’s degree at Western Maryland College, his doctorate in History at Princeton, and settled down to teach social studies at North Carolina State University.

His home and gardens were named “The Hermitage.” Dr. Lambert bred for “breaks,” not deciding on a long range goal and doggedly sticking to it. According to Bob Schwarz, “[Dick Webster] and John Lambert went against the prevailing winds out of Florida that, at that time, mandated that breeders all go for 24” round and ruffled CVs.” Dr. Lambert was known for speaking his mind and had some problems with the Registrar in regard to naming standards. He was the first person from Region 15 to receive the Bertrand Farr Silver Medal. Towards the end of his career he became estranged from the AHS.

Richard L. Webster, Jr. was born in Alabama, on May 17, 1916. He died on November 12, 1997, in Arab, Alabama. Webster’s gardens were in his back yard in the mountains of North Alabama. The unique climate of hot summers and cold winters made for hardy daylilies.

He was a pioneer in the development of tetraploid daylilies, but like Dr. Lambert he did not go with the prevailing fad and concentrated on Spiders. At this time there was not a separate class for Unusual Forms. His daylilies did not always meet the 4/1 ratio that was the rule for Spiders. He thought this was unfair for tetraploids and was at odds with the AHS about it. He did register many of his longish petaled crispates as 4/1 Spiders. After he passed away they were properly placed on the Unusual Forms list. His Unusual Form Hemerocallis ‘Webster’s Pink Wonder’ won the 2014 Stout Silver Medal.

It is ironic that both of these men had a rather combative relationship with the national society, but in deciding who to honor with the name of this medal, these two who paved the way for others breeding Unusual Forms were chosen.

Courtesy of the AHS Archives
and Betsey Clark