Daylilies have been in our landscapes and in our healing communities for centuries. You might think you know what there is to know about our frequently-seen friend; but, with more than 89,000 registered cultivars (cultivated varieties) and hundreds of hybridizers working on its modern form, there is more and more to experience each year.

Your membership in the American Daylily Society (also known as the American Hemerocallis Society) supports efforts which:

Included with your membership, you will receive four beautiful issues of The Daylily Journal, our official newsletter magazine, each year. This magazine contains articles on award winning daylilies, the most popular daylilies by geography, trends in daylily hybridizing, scientific studies, and highlights of gardens and conventions.

New members joining the American Daylily Society also receive a $25 voucher, which can be redeemed towards purchases of daylilies with select growers across the United States. An updated voucher list for 2019 is available HERE.

International members (except those living in Canada or Mexico) please include $10.00 US additional per year to supplement the cost of mailing.

Gift memberships will be appreciated by your friends. ADS will be glad to send a gift card in your name.

Two Ways To Join or Renew:

Online Registration Payments are processed through the PayPal website, but a PayPal account is not required. At the time of checkout, you will have the option to pay via Credit or Debit Card without a PayPal account.

Make all checks payable to the American Daylily Society (ADS).

We can now accept VISA, Discover or Mastercard.

Send membership form (<–Click here to open or download .pdf file) with dues, address changes, and inquiries about membership to:

A year’s subscription (four issues) to The Daylily Journal is included with each membership. This carefully-curated, full-color magazine shares news from ADS, articles about hybridizers and growers from around the world, scientific articles to stimulate new learning, and beautiful photographs to admire and inspire.

Your membership in ADS also will include the periodic newsletters for your Region. Find more information about each Region here.

Get A $25 Voucher for daylilies when you join!

The Voucher Program – for individuals or couples.

To encourage new members, and as an incentive for current members to renew their memberships for 3 years, the American Daylily Society and some dedicated daylily nurseries have partnered to create the Voucher Program.  When you join or renew your membership for 3 years, you will receive a voucher that may be redeemed at participating daylily nurseries.  Vouchers are worth $25.00.  The list of 2018 Voucher Vendors is available HERE.

The Club Recognition Program was started a number of years ago to recognize those local daylily clubs with the most American Daylily Society members.

The Program consists of 5 categories for clubs that have a membership level of 20 members or more.  If a club has all ADS members, it is considered 100% and will be a platinum level club.  The 5 levels are shown below.

The Recognition Program is an annual program and clubs must send in their club rosters (preferably in an Excel or Word format) showing an asterisk or some other designation for those members who are ADS members to membership@daylilies.org for validation. The club will then be notified by the Membership Chairman of their designated status.

The five award levels and the percentage of members are:

Those clubs that have achieved the above status will be recognized in the Journal and the website under each Region.  For those clubs that are in the Gold and Platinum levels they will be entered into a drawing to win $500 which will be announced after the Board of Directors Fall Board Meeting.  The $500 will be used by a club to purchase from one of the participating Voucher Program hybridizers. All postage will be the responsibility of the club.   The club can choose more than one participating voucher nursery for their plant orders.

There are a number of ways for a club to increase their membership levels in AHS:

quote from the president, Judie branson

“I would like to take this opportunity to invite all daylily lovers and avid gardeners to share our love for daylilies! We have lots of things to offer, including opportunities to participate in National and Regional meetings and network with others, an e-mail robin where we learn from one another, a daylily database, a daylily media library, etc.

Living in NW Arkansas, I took advantage of planting a garden in honor of Pauline Henry, hybridizer of the daylilies with the ‘SILOAM’ prefix because she lived in Siloam Springs, Arkansas. Of course, I enjoy growing many others cultivars along with different perennials on a city lot and am proud that my garden is an official Display Garden. Display Gardens can be found all throughout the country – check out the list! I love to open my gardens to the public and enjoy the camaraderie both in my garden and at all events. 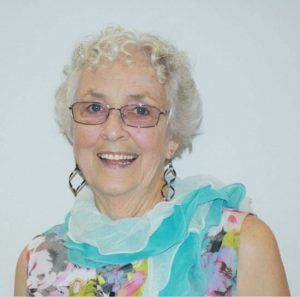 Won’t you please enjoy the fun and camaraderie by joining us? It has been said that we go the meetings for the daylilies but stay for the people. Also, you can obtain free daylilies by joining and receive 4 issues a year of The Daylily Journal.
We are here to enhance/expand knowledge of daylilies for the avid gardener and daylily enthusiasts. Please e-mail me at president@daylilies.com if you have any questions or concerns.

Remember “Life’s a dance you learn as you go!”